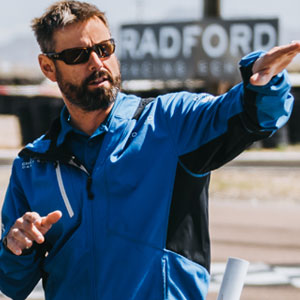 Danny’s passion for motorsports started at a young age when he took his first racing class at the age of 14. He began his career with the School in March of 1998 and has been an Instructor since August of 2000. Originally hailing from New Jersey, Danny made his way out west and has resided in Arizona for more than 23 years.

From Danny’s inaugural race in 1999 he has since competed in Touring Cars in the Southwest with the National Auto Sport Association, ProAutoSports Association, and has also competed nationally in the Grand-Am Koni Challenge. His biggest accomplishments in that time period were a 2nd place podium in the 2002 ProAutosports Spec 7 Class Championship and a 1st place podium in the 2004 ProAutosports Super 7 Class Championship.

Circa 2009, Danny expanded his racing arsenal when he began his venture on two wheels, road racing motorcycles in the greater Southwest region. From there he went on to compete in the Championship Cup Series, the CVMA, the Desert Road Racing Organization Series, and the Middle-Weight Super Sport and Middle-Weight Formula Categories.

Danny’s driving experience includes a wealth of racing knowledge he has earned from his decades of instructing. Similarly, as an internationally certified MSF Instructor, Danny’s skillset expands into numerous manufacturer training programs, the film and television industry, and private coaching at an array of different levels. 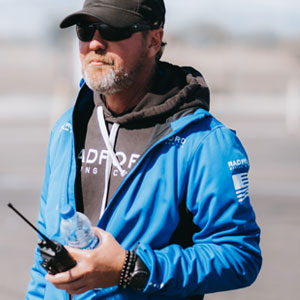 William’s racing career began in 1980. His first taste of competition started in kart racing with the 100cc Junior Formula Class. From there, William then pursued a racing career in the International Kart Federation (IKF/WIKF) where he was very successful.

As Hawkins continued in his career, his experience carried him into SCCA Regional Autocrossing and Roadracing. This opportunity segued William into driving 360 Sprint Cars in the USAC Series.

When it comes to precision driving, Hawkins thrives. He has had extensive experience in the film and television industry as well as in private coaching. Not only does he have an incredible amount of racing knowledge, but he also carries the ability to communicate those techniques to any driver no matter their level of experience.

William started with The School in March of 1998, initially being recruited as the Chief Instructor for the Company’s first ever Karting School. Since then, he has etched his way into becoming a key instructor here at Radford Racing School.

Parker’s career began over 25 years ago when he first competed in Shifter Kart Racing. Starting with the 125cc Shifter Kart Class, Parker raced in the Super Karts USA Pro tour (SKUSA) as well as in the International Kart Federation Series (IKF).

As Parker’s calling began to take off, he then transitioned his racing career from karting to Sportscar racing. From there he joined SCCA Pro and competed in their regional racing series in the Improved Touring B Category. Parker has competed in numerous races with the National Auto Sport Association (NASA) and the Vintage Auto Racing Association (VARA) where he was extremely successful with numerous wins and podiums.

Will Parker brings to the school a level of passion and commitment that only comes with a quarter century’s worth of experience. His skillful driving ability paired with his charisma have become a staple here at the school and has greatly attributed to the school’s success.

As a precision driver, Parker too has worked in the television and film industry as well as private coaching. Parker’s attitude and knowledge have helped educate thousands of Radford Racing School graduates. 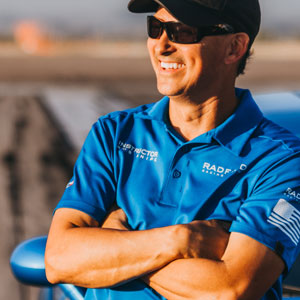 Originally from Motor City, Rob began his racing career in Detroit, Michigan in the early 1990’s. Rob is an extremely seasoned instructor and his experience behind the wheel includes competing in the Skip Barber Racing Series, the SCCA Pro Series, the Barber Pro Series, MRS and Ice Racing. From the SBRA to Ice Racing, Rob Knipe was tremendously successful with multiple wins and podium finishes.

As Rob’s career began to take off, he began to see more competition behind the wheel as he participated in Shifter Kart racing. Through karting, Rob segued into Formula racing and has become one of the lead instructors in our Formula Racing Curriculum. Additional accomplishments include competition driving of Touring Cars, IROC Stock Cars, and GTS Sportscars.

Knipe started at Radford Racing School in January of 2010 and since then he has been on board as one of our essential Racing Instructors. Rob brings with him an exceptional understanding of the fundamentals of Racing from vision to car control. 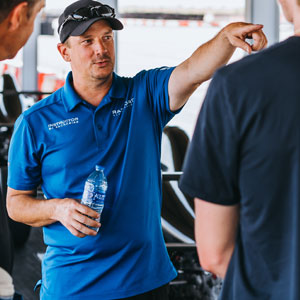 BJ is one of the most accomplished racers we have instructing at the school. BJ began in SCCA club racing in 1993. BJ began working on a team by trading wrench time for seat time and eventually became a regular driver for that team in a Spec-Racer Renault.

In 1996 BJ was one of twenty-five individuals selected to the Team Green Academy (1 of only 2 that came from amateur racing) and from there he made the final 5 shootout. In 1997 BJ campaigned both Spec Racer Ford and Formula Continental (F2000) in SCCA. Additionally, he qualified on pole in the SRF at the Valvoline Runoffs and qualified 2nd in FC and won the SCCA National Championship.

BJ started working at Radford Racing School in 2017, as a part-time instructor and as of 2020 he has come aboard full time as one of our most requested instructors. BJ carries with him a level of knowledge in racing that only comes from years of first-hand experience. Anyone who takes instruction under BJ is sure to come away with a surplus of racing tips and instruction. 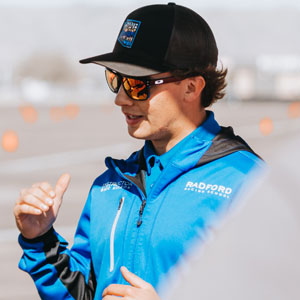 Broc Nelson, 20, joined the Radford Racing School team in 2021. He grew up in the Pacific Northwest and brings with him a passion for anything racing.

At 14, Broc made his racing debut at the Wenatchee Super Oval, immediately discovering a love for motorsports. Starting his driving career in Legends Cars, Broc has been able to rack up several wins, including the Fall Brawl Regional Qualifier in 2018.

He has a diverse background of stock car racing makes Broc a great addition to our team. In 2020, he began racing on the road course circuits. Competing up and down the West Coast, Broc has found success not only behind the wheel of GT1 and Trans Am 2 cars, but as a mechanic and spotter as well.

In 2021 Broc worked as a mechanic and driver-spotter on the championship winning, Nelson Motorsports #47 Trans Am 2 car. A new era has begun in his young racing career, as Broc is hopeful to compete in sports cars beginning in 2023 with the SRO GT4 America Series.

Before making the move to Arizona in October 2021, Broc was a Firefighter/EMT. When he's not racing, he enjoys playing basketball, snowboarding and wakeboarding. More recently, he built a racing simulator, and is on his way to a virtual racing career as well.